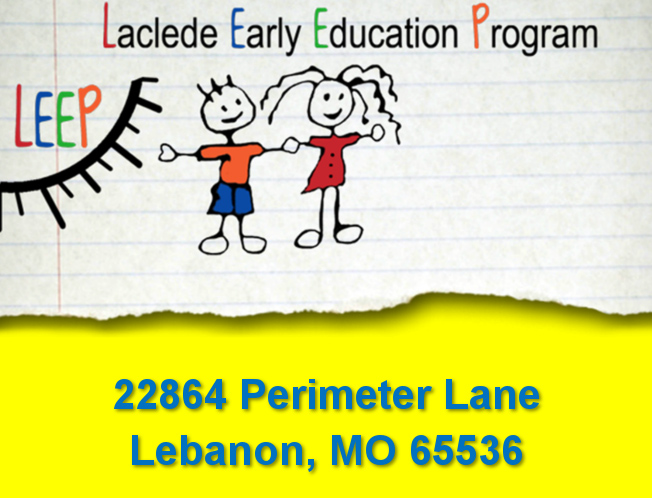 Jana Riley is employed as the Director / Educator. Jana is certified by the Missouri Department of Elementary and Secondary Education in four instructional areas. These areas include Elementary Education, Early Childhood Education, Early Childhood Special Education, and Special Reading. She also has a Masters Degree in Education. Jana taught in the Lebanon R-3 School District for twelve years and at ABC Academy Preschool for four years before coming to LEEP in September 2004.

Hollie Johnson is employed as Administrative Assistant. Hollie manages the enrollment process with parents/guardians as well as manages the office. When needed, she assists with bus transportation and in the classroom. Hollie has four children who previously attended LEEP. She was an active parent in the LEEP program for nearly five years. She is considering returning to school to receive a degree in Education. She has been employed with LEEP since October 2002.

Rhonda Fortner is employed as the Lead Paraprofessional at LEEP. She will be leading the daily classroom activities and will share in the responsibilities of preparing lesson plans, bulletin boards and various classroom responsibilities. Rhonda has earned her Child Development Associate Certification and has her Associate of Applied Science in Early Childhood Education and a Bachelors of Science in Child Development. She worked as a teacher aide/assistant teacher with the Lebanon Head Start Program for 2 1/2 years and was the lead teacher for the three year old classroom at Bright Beginnings Preschool and Childcare Program for 2 years before joining LEEP in 2015.

Nancy Southard is employed as a Paraprofessional and Transportation Coordinator. She shares in the responsibilities of preparing lessons, housekeeping duties and driving the school bus. Nancy, as a parent, attended LEEP with her daughter for four and a half years. She substituted at LEEP in 1989 and 1990 before becoming a full-time employee in 1991.

Megan Owens is employed as a Program Aide. She shares in the responsibilities of preparing lessons, housekeeping duties, and driving the school bus. Megan has been employed at LEEP since July 2021.

Julie Munholland is employed as a Program Aide. She shares in the responsibilities of preparing lessons, housekeeping duties, and driving the school bus. Julie has been employed with LEEP since July 2021.

Debbie Lewis of Therapy Associates of the Ozarks is contracted as a speech therapist at LEEP. She has her Masters in Communication Disorders and provides speech/language evaluations as well as hearing screenings for LEEP. Debbie also provides speech, language, and oral motor therapy.

Kristy Armstrong of Therapy Associates of the Ozarks is contracted as a speech therapist at LEEP.  She joined LEEP in the fall of 2020 to provide speech therapy evaluations and treatment.

Casey Null is a 2010 graduate of Missouri State University with a Doctorate of Physical Therapy. She has experience working with a diverse patient population including developmental pediatric cases, adult/pediatric neurological cases, as well as adult orthopedic and vestibular rehabilitation cases. She also provided aquatic therapy for adult and pediatric patients. Pediatrics has always been her passion. Casey is married with two wonderful little boys. She enjoys everything sports and outdoors and loves spending time with her family. Casey will
provide pediatric physical therapy evaluations and treatment.

LEEP  Board of Directors